The overall condition and the tendencies in the development of the healthcare system of the district of Sliven are also negative during the entire period.

During the 2008-2012 period the best performing region in this respect is Stara Zagora. 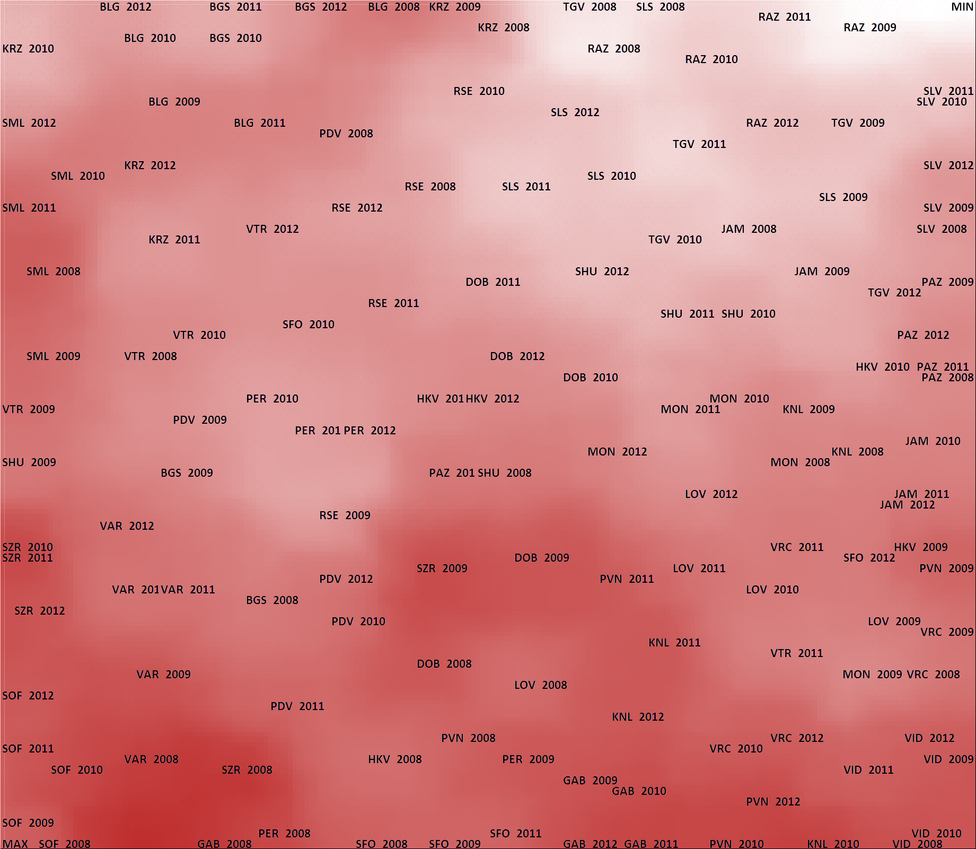 Tourism and city life in Sofia forgot about the pandemic and are already reporting records 27.01.2023

The new "Economic and Investment Profile of Sofia" (2022), prepared by the IME for the Sofia Investment...

Bulgaria's regional development remains very uneven, and the recovery from the covid crisis in 2021...

NSI publishes the population census data on daily labor migration, that is, on the location of the workplace...