This graphic shows the visual clusters according to the complex socio-economic development and state of the regions during the period. Every region has the year of its development attached to it. The lower left corner of the map shows the fake “perfect region”, the lower right one – the “worst region”.

The position of each region (for a certain year) on the map shows its overall socio-economic state for the year in question. The districts which are close to the “perfect region” have the best socio-economic state, those closest to the upper right corner – the worst one. Sofia (cap) is closest to the "perfect region", which indicates that it is the most developed one. Varna is also close to the bottom left corner, but further away from the "perfect" district.

On the other hand, the districts Razgrad, Silistra and Targovishte are closest to the "worst" region, which means they are the least developed.

The “motion” of the districts on the map during the five-year period shows their development trend – either negative or positive. Ideally, if a region has a positive development trend, between 2008 and 2012 it should have moved towards the lower left corner. And, if the trends are negative, its motion should be directed to the upper right corner.

Both Varna and Sofia (cap) are moving further away from the "perfect region" during the last few years, which shows that their development is negative. The development of Plovdiv is unsustainable - positive until 2011 and negative in 2012.

The development of Gabrovo during the last 4 years has also been negative, compared to 2008 - the district is moving away from the bottom left corner of the map. 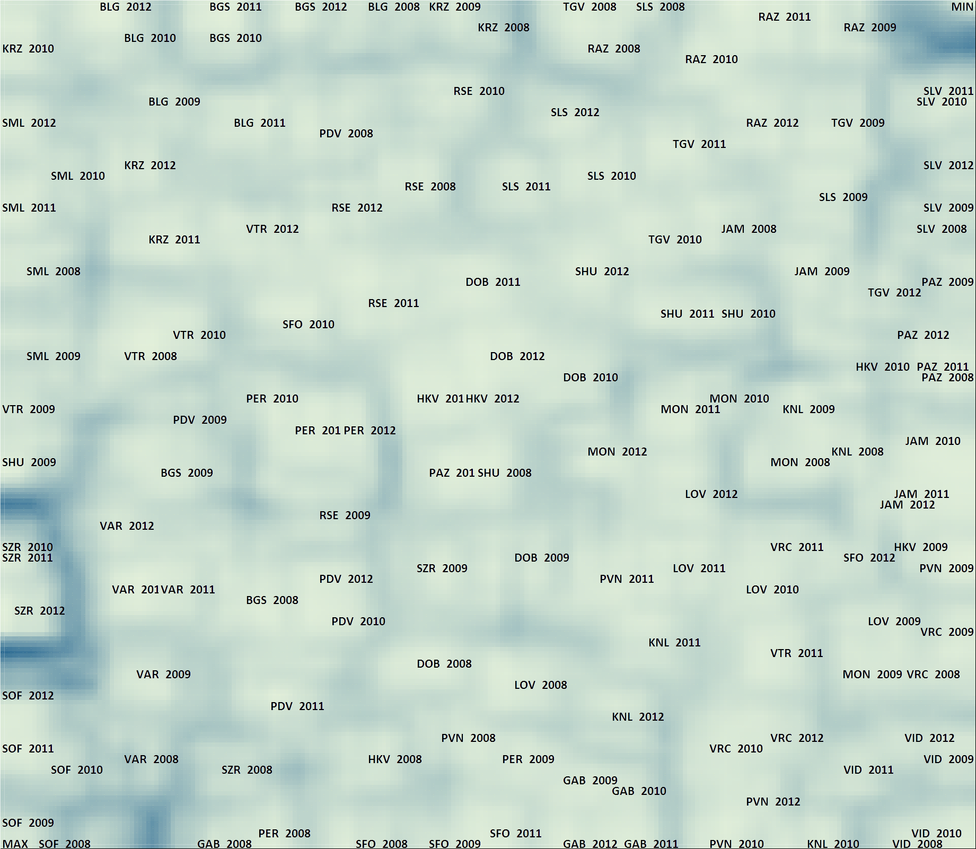 The healthcare crisis caused by the pandemic raises many questions about the adequacy of the country's health...

Sectors and regions that have moved forward despite the pandemic 22.11.2021

At the end of November, the NSI will have the final data on the activity of non-financial enterprises in the...