This map shows the condition and development of the environmental characteristics of Bulgarian districts during the 2008-2012 period.

As is evident by the bright colors on the map, the district with the worst environment indictors during the entire period is Stara Zagora – a negative trend which is especially evident during the last few years of the period.

Similar negative tendencies are evident in the districts of Pernik and Varna.

The dark color of the map, which indicates positive environmental development is most clearly seen in the district of Gabrovo. 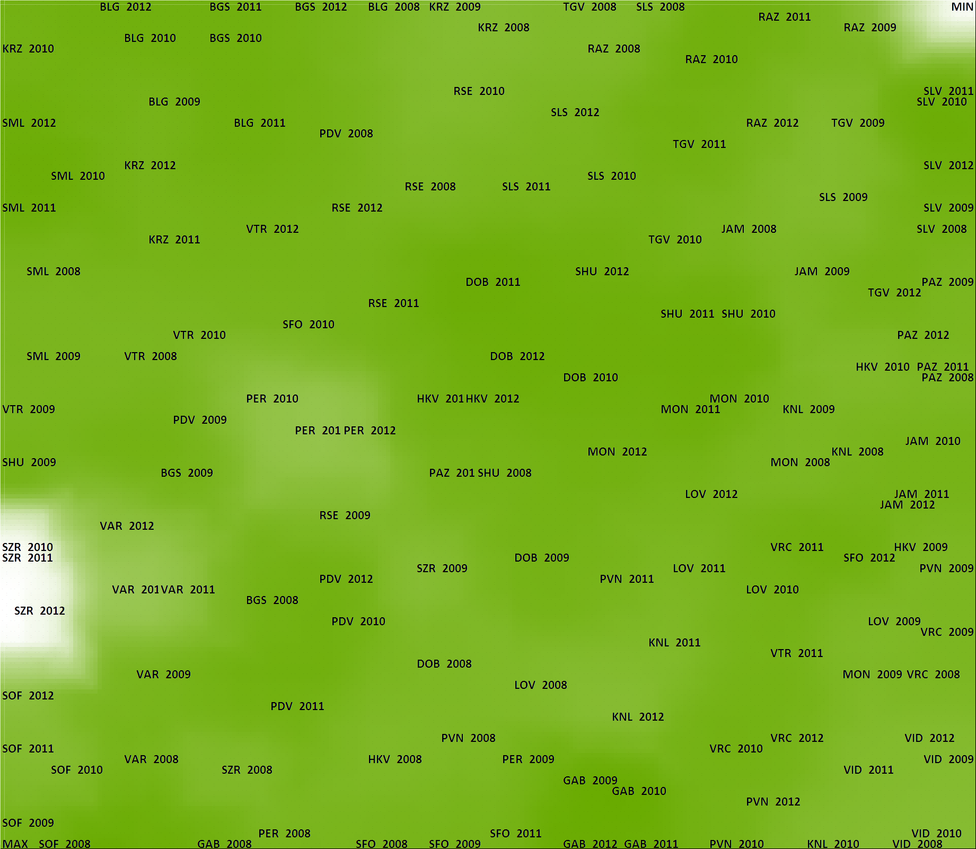