In June 2014 the IME organized six regional roundtables focused on important issues of regional development. The first three events were held in Blagoevgrad, Plovdiv and Stara Zagora in the second week of June. The main impressions of the IME regarding South Bulgaria are available here. The meetings were attended  by a number of local businesses and NGOs as well as local and regional authorities. The round tables were organized with the active support of the Bulgarian Chamber of Commerce and Industry (BCCI). The series of roundtables is part of the preparation of the forthcoming third edition of the "Regional Profile: Indicators of Development", published with the financial support of the "America for Bulgaria". 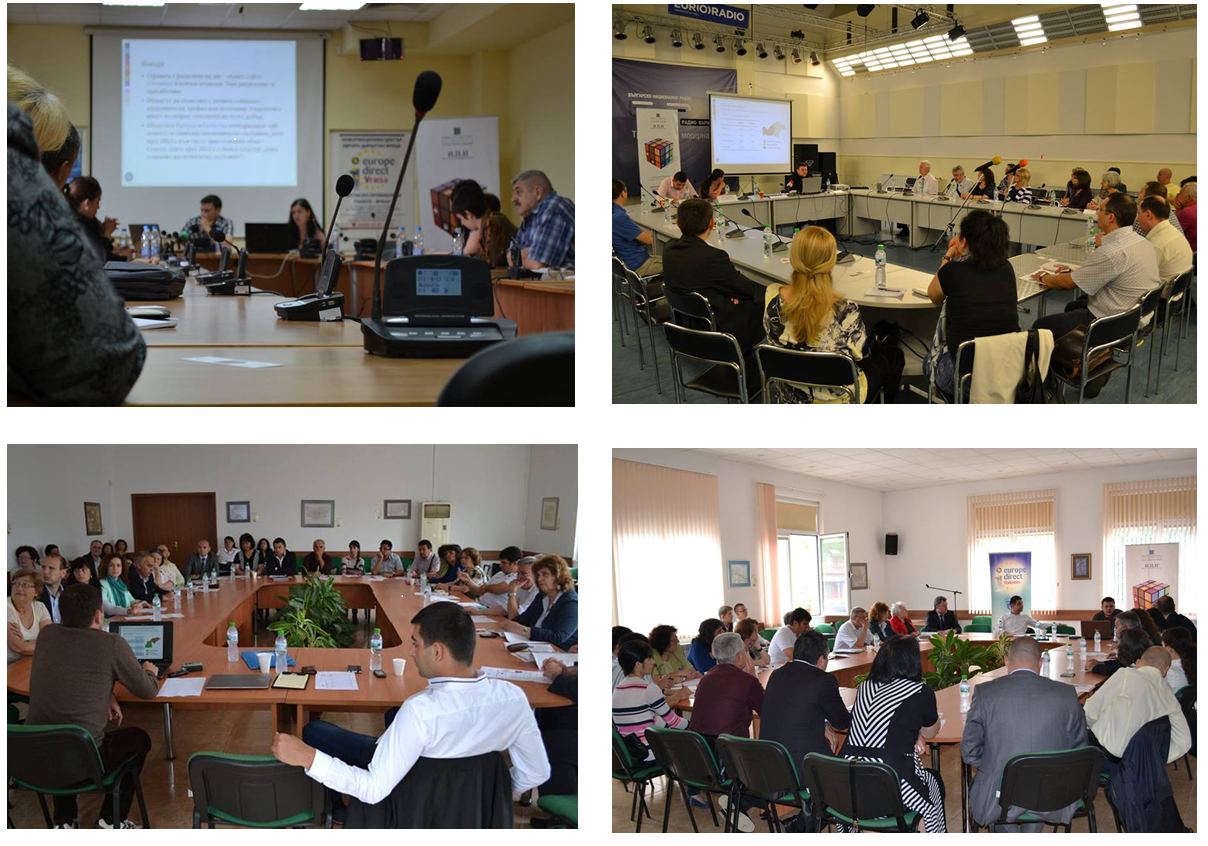 The economic recovery in Northern Bulgaria continues to be barely noticeable. In some places (such as the Silistra District) even increasingly negative trends are observed. With regard to the labor market sustainable improvement is noticeable only in Northeastern Bulgaria, especially in the districts of Varna and Dobrich. Despite positive trends in these two districts and generally positive expectations that were shared by businesses in a survey, conducted by IME in May, employers' organizations are skeptical about further recovery in the labor market this year. They point out four main reasons:

The continuing political instability and the populist rhetoric of some parties in Parliament have a strong negative impact on foreign investments. As a result, some investment projects in the industrial sector in Gabrovo have been frozen or terminated. Another serious problem for Gabrovo is the lack of appropriate municipal land, which can be used to attract potential investors. According to representatives of both local business and local government, in many cases the ownership of such lands is not settled, or they are already taken-up by old factories, which although privatized, have not been active for years. Communication between the municipality, potential investors and the current owners of such lands and factories is very difficult, which prevents their sale/rent and use.

Local administrations are very concerned about the potential suspension of some European programs. A recent example is the municipality of Troyan (Lovech), which just a few days ago had to borrow 5 million BGN to settle payments with the companies implementing the project for the city’s integrated water cycle. Suspension of funds under OP "Environment" can have negative consequences on the financial state of this and other municipalities in the region.

The effect of the opening of Danube Bridge-2 is assessed as positive, but the poor condition of the road network in much of the region and the lack of highway roads in the Northwest and the North Central region of the country hamper further potential benefits of the facility.

The lack of adequately educated young staff is a serious problem, especially in areas such as Vratsa and Veliko Tarnovo. There are no examples of successful collaboration between local businesses, local governments and educational institutions. Educational equipment is outdated. Another serious problem is the lack of strategic investors and large companies in the North West region of the country, with the notable exception of NPP "Kozloduy".

There is a positive attitude towards the idea of ​​increasing the financial authority and independence of municipalities (e.g. retaining some part of the personal income tax) in order to provide additional incentives for local governments to attract investment.