Over the past week, the Institute for Market Economics (IME) organized its first series of round tables throughout the country (June 9th-12th), focusing on current issues of regional development. The first three round tables were held in Blagoevgrad, Plovdiv and Stara Zagora and included representatives of local businesses and NGOs, as well as representatives of district and municipaladministrations. 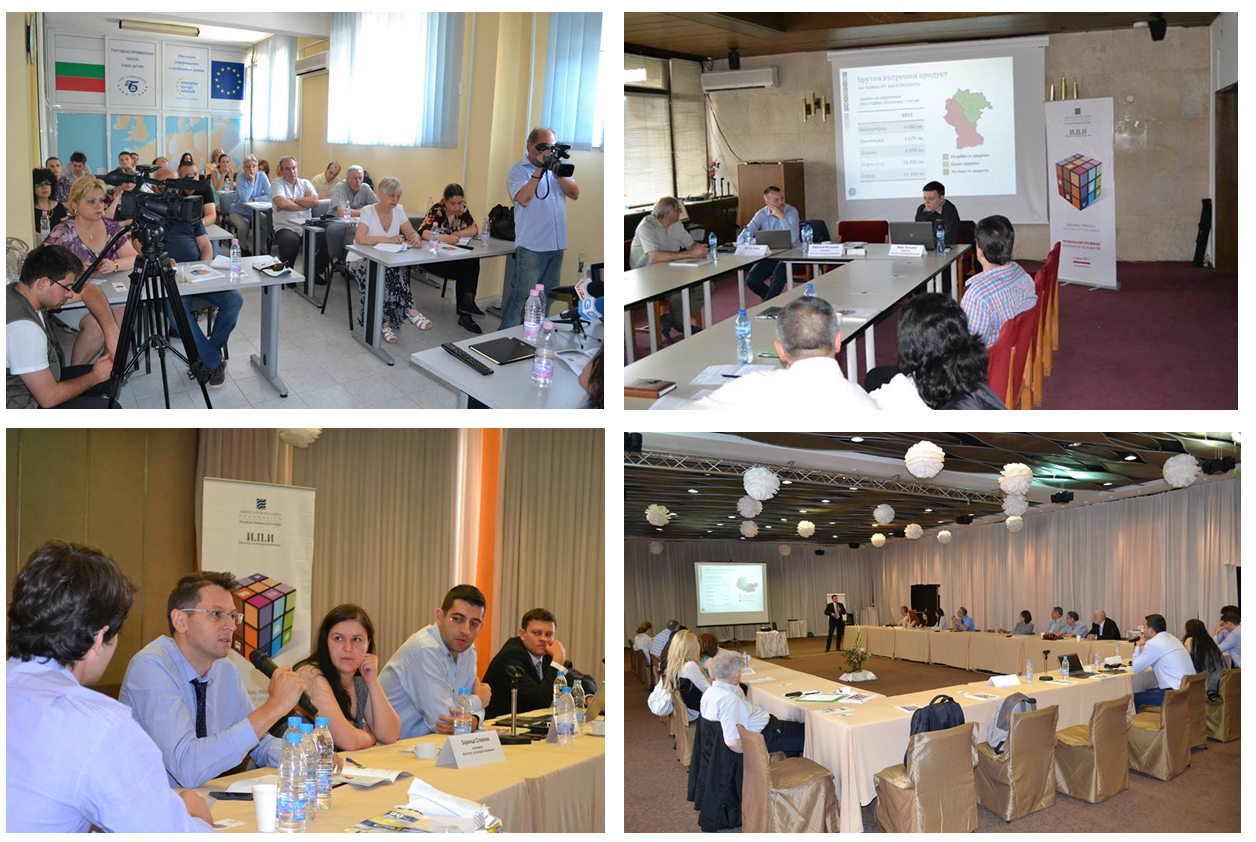 The Southern Central and the Southeast regions continue to be the main drivers of the economic recovery of the country in 2014. Several districts (like Pazardzhik, Plovdiv and Sliven) enjoy increased investment interest and rising employment in 2013, as well as in the beginning of 2014. The economic recovery of Burgas is also well underway – a strong summer season may result in annual employment levels surpassing those before the crisis. The labor market in Southeast Bulgaria remains subdued, which has a negative effect on the economic recovery of Blagoevgrad, Pernik and Kyustendil. Sofia (capital) is the only district that registered positive tendencies in 2013 and the first quarter of 2014.

During the next week the IME will organize a series of round tables in Varna, Gabrovo and Vratsa:

The events will be held in Bulgarian.

The series of round tables is a part of the preparation of the forthcoming study “Regional Profiles: Indicators of Development 2014”, carried out with the financial support of the “America for Bulgaria” Foundation.