Starting from mid July 2013, IME began a tour of the 28 Bulgarian districts for a second year in a row, as part of the preparation of the forthcoming publication “Regional profiles: Indicators of Development 2013”. Through meetings with representatives of NGOs, the business and the administration, IME aims to gain insights of the socio-economic situation of the various Bulgarian districts and to identify the common problems and issues, which they have.

During the first part of the tour IME visited Pazardjik, Plovdiv, Stara Zagora, Sliven, Yambol, Haskovo, Kurdzhali, and Smolyan. IME’s observations will be used in the preparation of the individual district profiles in the forthcoming second edition. Some of the main trends, observed in the districts in the south-central and southeast regions are:

Business environment: micro and small enterprises in the smaller regions experience serious difficulties in their attempts to adjust their business to constantly changing laws. The lower turnover does not allow them to comply with the legal requirements quickly enough. Because of this, they are often targets of financial sanctions. The frequent changes in the regulations mean that investments are being made under certain conditions, while economic activities are being carried out under others. This interferes with the implementation of the business’ development plans and hinders loan demand.

Tax policy: A large part of the representatives of the business and non-government sector agree with the proposal to set the minimal wage and the social security thresholds on a regional level. Raising the level of the social security threshold has a negative effect on employment in the smaller and poorer districts. In many cases this leads to firms entering the grey economy.

European projects: Infrastructure in the region is gradually improving. A large part of the projects are in the area of urban development and are financed via European programmes. Programmes for improving the qualification of workers are seen as far more effective than those aimed at training the long-term unemployed. The business sees the latter as a clear manifestation of social welfare aid.

Education: There is a severe lack of professionals in many areas. The reasons for this lie not only in the falling interest in professional high schools (the ex technical schools), but also in the insufficient training of young people entering the market, who have actually graduated from such school. Businesses are often forced to re-train their employees, which takes time and resources and hinders development.

Public procurement: There are widespread infringements in the area of public procurement procedures. Reasons for these are not only the lack of necessary capacity of some districts to establish the parameters of these procurements, but also the purposeful misappropriation with the intent to benefit certain firms.

Working meetings of IME with representatives of the local business, non-government organizations, administration and media 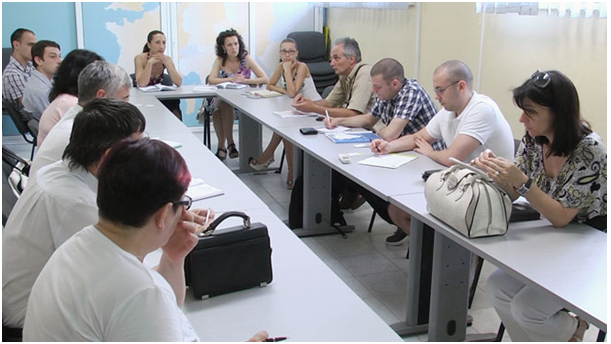 Working meeting in the Chamber of Commerce and Industry – Stara Zagora (June 18, 2013). The meeting was attended by the economists Kaloyan Staykov and Yavor Alexiev from IME, the chairman of the Chamber Oleg Stoilov, the CEO of the Regional Economic Development Agency Rumiana Grozeva, and representatives of industry and business organizations. You can find more information about the meeting here: chambersz.com 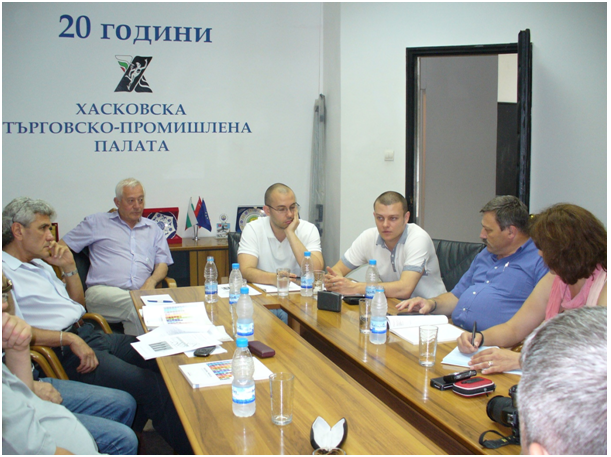 Working meeting in the Haskovo Chamber of Commerce and Industry (June 20, 2013). The meeting was attended by the economists Kaloyan Staykov and Yavor Alexiev from IME, Nikolay Nanev, temporary regional governor of Haskovo, Yancho Yanev, chairman of the Haskovo Chamber of Commerce and Industry, and representatives of the business, trade unions, banking sector and media. You can find more information on the meeting here:haskovo.net | infobusiness.bcci.bg | novinarug.com

IME would like to thank the Chamber of Commerce and Industry of Stara Zagora, Plovdiv, Haskovo, and Kurdzhali districts for their cooperation in organizing and conducting the working meetings.