A few days ago, with its decision No.513 dated August 26, 2019, the Council of Ministers approved the establishment of a new hospital - Multidisciplinary Hospital for Active Treatment "St. Ivan Rilski” in the town of Gabrovo. For the first time, the government is taking advantage of its new powers to authorize the opening of new hospitals after an amendment to the Health Care Facilities Act, effective from April this year.

It remains unclear what analysis justifies this decision and what calculations has the Ministry of Health presented. The formal adherence to the requirements of article 37a, paragraph 1 of the Law for Medical Institutions does provide an answer to the question whether or not another hospital is needed in Bulgaria. This must only be decided on the basis of an evaluation of the real necessity of health services of a certain quality that the National Health Insurance Fund (which is financed by taxpayers) can pay for. 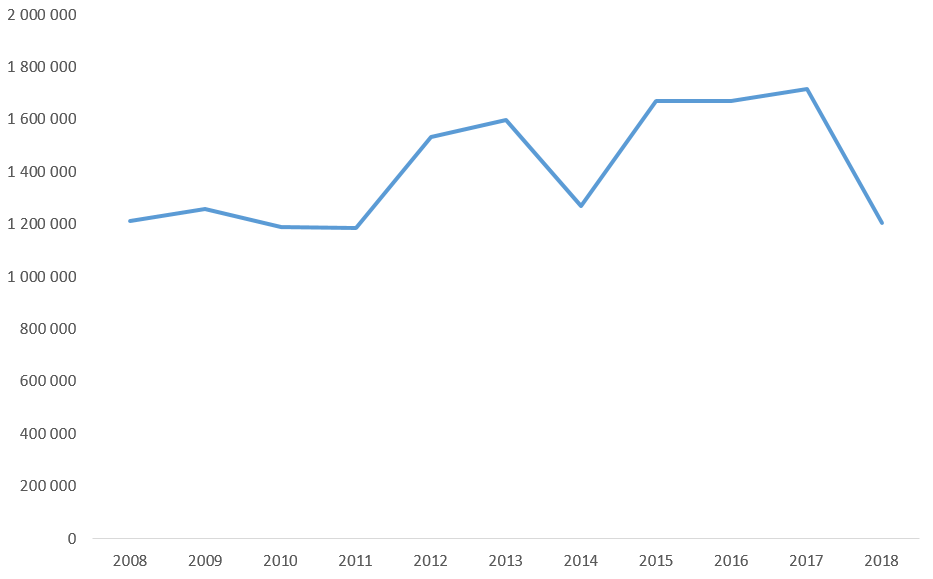 Despite the attempts of the NHIF to restrict hospitalizations in recent years and the partial success of 2018, more than 1 200 000 people have received hospital services throughout the last year. This means that almost every fifth Bulgarian has stayed in a hospital at least once in 2018. The large number of hospitalizations is typical for countries whose health systems provide an easy access to hospital treatment and where conditions exist for irregularities and unsatisfactory control of financing.

Hospital treatment in Gabrovo is currently accessible in 6 hospitals with 860 beds in total. The region’s population is slightly over 109 000 people. Compared to the rest of the country, Gabrovo has a good amount of hospitals and beds (Figure 2). The region has 4.5 beds per 1000 people, whereas the ratio for the country is 5.3.\ 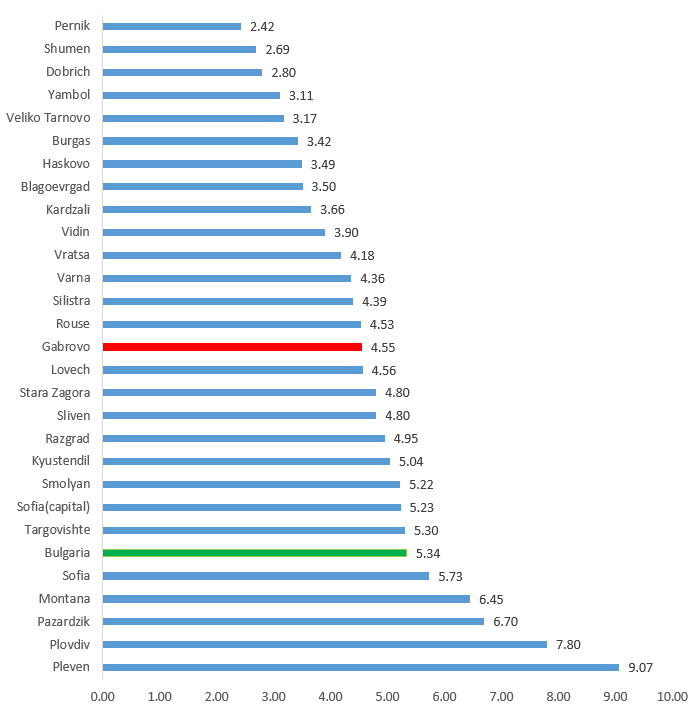 When it comes to the number of treated patients, however, the region is among the leaders (Figure 3). In 2018, 240.8 per 1000 people have visited a multidisciplinary hospital for active treatment, given a country average of 171.4. Larger numbers have only been registered in the regions of Pleven and Sofia.

Figure 3. Number of treated patients per 1000 inhabitants by district, 2018 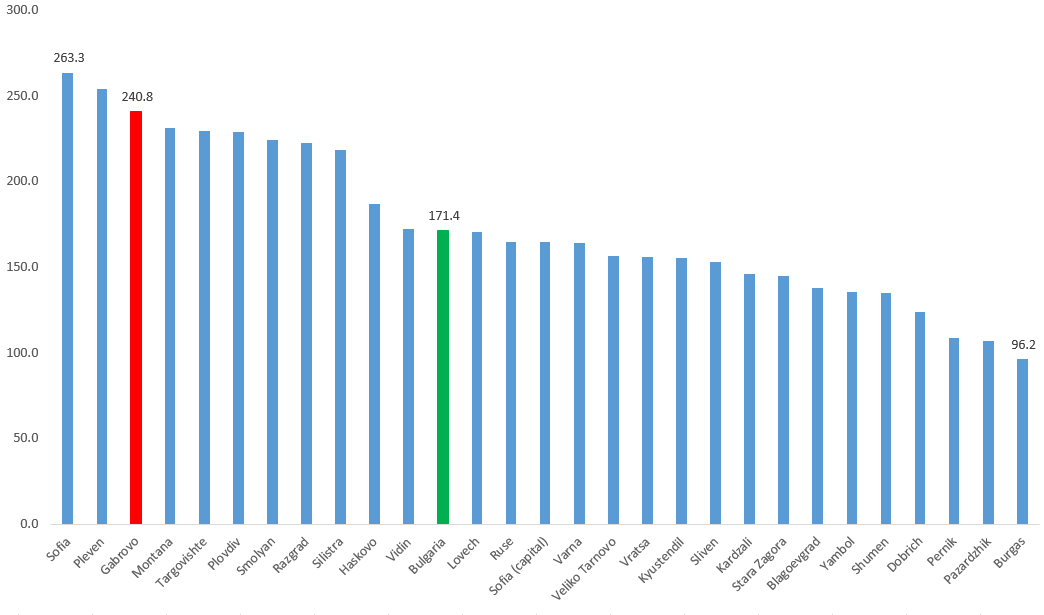 From the presented data we can conclude that a new hospital in Gabrovo is hardly necessary. Even if we accept the need for a healthy competition between the medical institutions and for a greater possibility for citizens to choose where to be treated, the more important issue remains – what would be the relationship of the NHIF with this hospital and the rest of the medical institutions in the region? The negative statement of the NHIF regarding the establishment of a new hospital in Gabrovo is reasonable and is driven by fears of unjustified spending. Until when, however, would the NHIF continue to sign contracts with all medical institutions regardless of the financial constraints and the requirements for a certain quality of health services? The solving of the problem of the excessive amount of hospitalizations and the irregular financing of medical treatment must follow these stages:

The analysis of the regional labor markets clearly demonstrates that for most of them the last few years have...