The aim of clustering districts is to distinguish and analyse specific types of regional profiles. The districts, included into the composition of a cluster, are sufficiently similar to each other and differing from the rest.

All indicators featuring the socioeconomic state and development of districts have been used for classifying the types of regional profiles (clusters). The cluster-forming method is neural networks.

Eight types of regional profiles have been identified based on the statistics used and the surveys conducted in 2014. There are variances in their composition despite the fact that the number of clusters is similar to the last year’s one. An exception constitutes the cluster consisting of only Sofia (capital), which has preserved its state for the three years of the monitored period of time.

The following groups of varying socioeconomic state and development have been outlined as a result of the complex processing of all indicators specified in the methodology of the research: 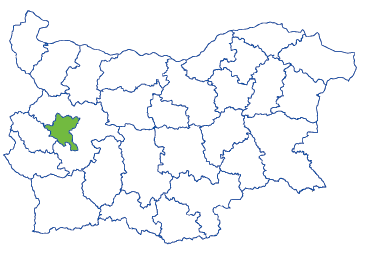 Sofia (capital) has formed an individual cluster for a successive year. This cluster differs very much from the rest since this district is the most developed in a socioeconomic respect.

The economy of Sofia (capital) is the most developed compared to all other districts in Bulgaria. It has had the highest GDP per capita for a consecutive year in a row. The difference between it and the next ranking district was very high in 2011 – the next district (Sofia District) had half GDP per capita compared to Sofia.

In respect of the labour market, Sofia (capital) has had the best employment rate, one of the lowest unemployment rates and the highest incomes per household member.

The district also stands out from the other ones with regard to the ongoing demographic processes. The rate of natural increase is negative, like the entire country, but has the lowest value (minus 1.5‰ in 2013). On the other hand, Sofia (capital) is one of the small number of districts featuring a constant trend of immigration, and the highest positive net migration rate respectively – 7.1‰ in 2013.

However, the worst trends in the fields of social development, environmental protection and the worst environment for developing businesses characterise Sofia (capital). The latter is mainly due to the annual license tax for retailers (up to 100 sq. m. of retail space). It was the biggest one in 2013 – 20 BGN/m2 – and exceeded twice the average tax in Bulgaria. 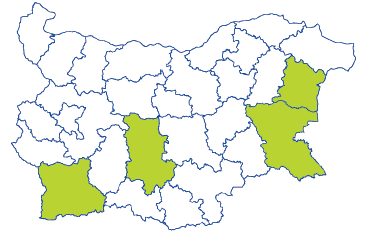 These four districts have formed the cluster’s core for the three years of the research. Ruse District was also included in this cluster but it was removed from its list in 2014.

The demographic state of the cluster is better than the one of the other districts, excluding Sofia (capital). The demographic trends in the districts of Plovdiv and Varna are among the best in Bulgaria. Blagoevgrad, Burgas and Varna also possess the best age structure of the population following Sofia (capital). The age dependency ratios (65+ to 15–64) for these districts are 24.7%, 25.2% and 25.5% respectively, the average for the country being 29.3%.

The cluster features a highly developed economy (it ranks right after Sofia (capital). The districts of Blagoevgrad, Burgas and Plovdiv possess a better employment level than Bulgaria’s average, and the employment rate for the top performing district of Blagoevgrad was 4.5% higher in 2013 (46.9% average for the country). 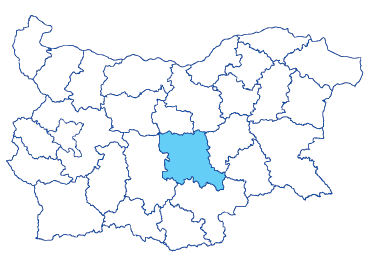 This cluster contains one district only – Stara Zagora.

The worst state of the environment among all districts of Bulgaria characterises this district. Carbon dioxide emissions in Stara Zagora District are 3.3 times higher than the second ranking district in terms of this indicator (Varna) and 12 times higher than Bulgaria’s average.

Contrasts are notable in the other fields. It ranks right after Varna with regard to the economic state but it features negative trends of development. This district has a relatively good state of healthcare, infrastructure, taxes and administration. 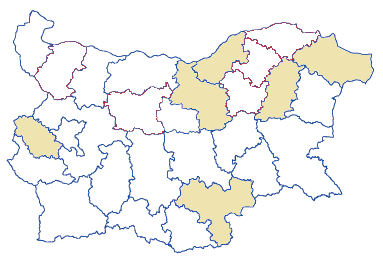 The socioeconomic state of the districts in the cluster ranks them near but below Bulgaria’s average rates.

The economies of the cluster’s districts develop below the average level for the country. The same is also valid for the demographic state thereof.

Positive trends in the environment category have been observed in all districts of the cluster. The same is also valid for the development of the business environment in respect of local taxes, administrative services (excluding Shumen District) and the infrastructure (excluding Veliko Tarnovo District). The state of healthcare is not good, and trends are negative. 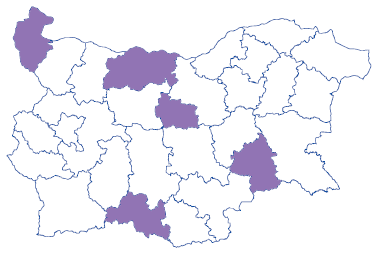 The districts in the cluster feature contrasts in their development. On some aspects of the socioeconomic development, the cluster ranks among the top ones in Bulgaria, and on other – among the worst-performing ones.

All five districts feature good trends in respect of the economy (particularly Yambol). Education develops relatively well, but the demographic development regarding the cluster’s districts is among the most deteriorated ones in Bulgaria.

Yambol District features the best fluctuation of the economy relative to all other districts in the country. Trends are also positive regarding the districts of Gabrovo and Pleven. Yambol featured the highest growth rate with regard to incomes per household member in nominal terms, in 2013 – 20%, Bulgaria’s average being 11%.

The deterioration of the age structure in the districts of Smolyan and Vidin has been the worst one in comparison with the other districts. The increase of the age dependency ratio (the ratio of the number of people aged 65+ to people aged 0–14) by 1.5 and 2 percentage points respectively in 2013, the average being 0.8% for Bulgaria, implies this deterioration. Gabrovo District features a much deteriorated demographic situation and development.

Contrasts in the socioeconomic condition and development: Kardzhali, Kyustendil and Vratsa 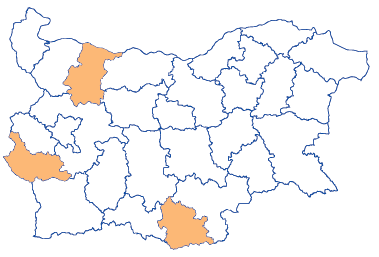 Contrasts in respect of both the socioeconomic development and the trends of development characterise the three districts within this cluster.

On the one hand, the districts in the cluster possess the best trends in education and also relatively attractive business environment (taxes and administration), and, on the other hand, they feature the worst-performing economies and the most negative economic development.

The three districts of the cluster feature trends in respect of education among the top five of all districts in the country. The average grade at state matriculation exams was the highest in 2014 in Kardzhali District – 4.71, 4.32 being Bulgaria’s average.

The districts of Kyustendil and Kardzhali rank among the top ones in infrastructural development. Both districts are among the top three in respect of the rate of increase of the relative share of households with internet access. This increase has been 20.7% only for one year – from 31.7% in 2012 to 52.4% in 2013. This district also ranked number one with regard to the relative share people aged 16 to 74, who have used the internet for the past 12 months – from 38.8% to 50.9% per year.

The districts of Kardzhali and Kyustendil had the smallest investments, measured by the expenditure on acquisition of fixed tangible assets per 1,000 people in 2012 – about 3.5 times less than Bulgaria’s average and more than eight times less than the best-performing district – Sofia (capital). 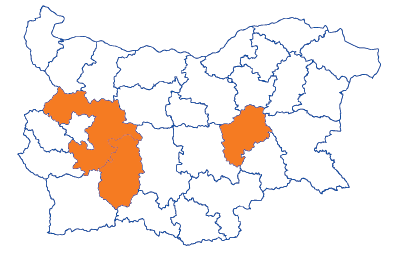 The cluster features negative trends in fields such as infrastructure (the worst development in the country) and the Taxes and Administration category. Not only is the infrastructure in a poor state but it has also developed negatively. The state of education and the social environment have not been good either.

On the other hand, Sofia District is in a good economic state. The environmental state is very good in the districts of Sliven and Sofia.

The deterioration of the road quality in Sofia District has featured the second biggest rate in the whole country, and the share of roads in good condition decreased to 29% in 2013, from 36% in 2012. Two of the cluster districts have ranked  last and next to the last in respect of the fluctuation of the relative share of households with internet access, by decreasing from 49% in 2012 to 44% in 2013 for Sofia District and from 40% to 36% for Pazardzhik – the average rates for Bulgaria have been 51% and 54% respectively for the same period of time.

It should be noted that Sofia District has ranked second in terms of GDP per capita following Sofia (capital), but this indicator was half the one regarding Sofia (capital) in 2011. This district featured one of the lowest unemployment rates in 2013. 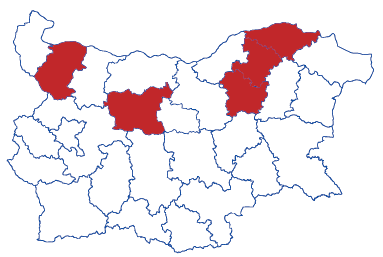 This cluster comprises the districts of Lovech, Montana, Razgrad, Silistra and Targovishte. It was only the district of Smolyan that had worse demographic development than Silistra District in 2013. Montana District ranked next to the last one in terms of the natural increase in 2013. Razgrad was among the five most depopulating districts in the same year.

As a result of the clustering regarding the socioeconomic state and the development of districts, the following could be summarised:

Access to doctors: modest improvement for GPs in some districts 29.07.2022

Although the Covid-19 pandemic and measures to support the health system are now far from the center of the...